Lately we had a lot of very nice QSO’s on local repeaters about the good old days in ham radio. The subjects varied between talking about our failures, our first working designs to – believe it or not – having sex on “In-A-Gadda-Da-Vida” by Iron Butterfly.

But let’s not talk about sex here, because that activity came around the corner much later in life. Let’s talk about the Guild Of Battery Lickers, a guild all participants admitted to belong to. Fact: when we were around 10 years old or so, we were as poor as hell. We didn’t have voltmeters. We didn’t have anything, for that matter. Parts were scavenged from old discarded radios which we picked up from the side of the street, just before the garbage trucks drove into the neighborhood.

Many of our early designs required batteries. The only way we knew to figure out if a 9 Volt or 4.5 Volt battery still had some life in them was putting the terminals to our tongue. In time our tongues became almost as accurate as a voltmeter.

As it turns out, there’s science behind this principle. SparkFun Electronics explains:

While it is impossible to know the exact resistance between two points on your body (blood, bone, muscle tissue, and skin all have different resistances), we can generally assume that dry skin has a resistance of 100kΩ. This will change based on perspiration, hair, etc. For the sake of an example, let’s take a 9V battery and touch both terminals to our skin. What happens? Not a lot. With some Ohm’s law math, we can calculate the approximate current flowing between the terminals:

Now, take that same 9V and lick the terminals. Seriously. It’s safe (mostly). This time, assuming the 9V has some charge, you should have felt a rather unappetizing tingle course through your tongue. Why did you feel it this time? Well, saliva is much better conductor than skin. We can approximate the resistance of a wet (with saliva) human tongue at about 7kΩ. More math gives us:

As it turns out, your body has a pretty strong reaction to electric current. Even tiny amounts of current can be felt and be potentially dangerous.

Probable effects of current (DC) flowing through a human body

Are you a former (or current, pun intended) battery licker? Let me know in the comments.

Marketed just in time: the Halloween Baofeng. Battery will explode as soon as you press the PTT key, changing any face into an unbelievable mess. At only 10% of the price of a decent Halloween mask, this deal should not be overlooked.

Models with a dual-PTT button, such as the Baofeng UV-82, are equipped with an extra C-4 charge. Success guaranteed!

Happy Halloween! Especially to my UK and USA friends, who according to recent scientific research are grumpy by nature. Really?

When I had a laugh about zero Ohm resistors back in 2013, I wrote that I only would want to buy them if they had a tolerance of 1%. A silly request, of course, as 1% of zero is still zero.

I was pretty sure such resistors didn’t exist, but it could be that I was wrong.

Alex PA1SBM, a good friend of mine, visited the latest hamfest and came back with a truckload full of resistors, all of them with a tolerance of 1%. This is what he discovered in the package and subsequently posted on his blog: 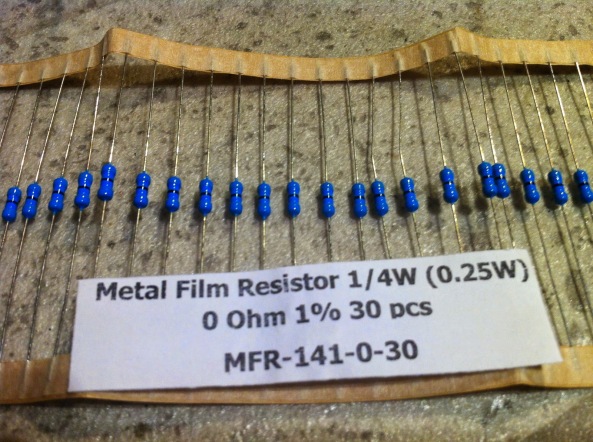 It could be that he tricked me with Photoshop, but on-air he keeps denying that with a voice resembling Bill Clinton when he was first asked about Monica Lewinsky. I’m afraid a house call is in order.

If you think it has anything to do with vocoders: the answer is “NO”. 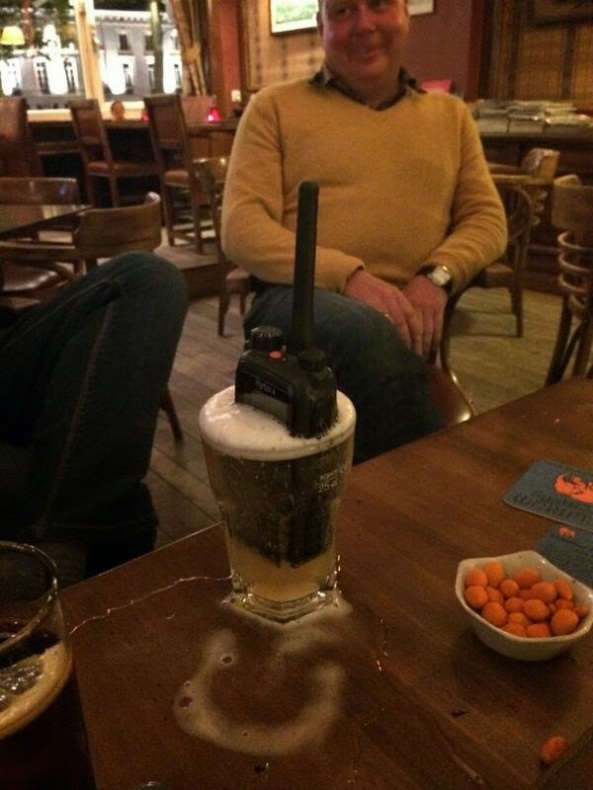 A Hytera user testing the manufacturer’s claims. (via Google+)

Nobody fell for the “Modulating Earthquakes” article, and I didn’t expect anyone to. It was just too obvious.

A different story was the reactions on the Baofeng DA-77 dual band DMR transceiver. The specs looked serious enough, and to the untrained eye the picture of the radio could hold up too. The giveaway was the lack of alphanumeric additions to the keypad, identical to what you see on an ordinary phone. Every DMR transceiver needs those.

I slowly built up this one, mailing pictures months in advance to a few hams, and urging them to be quiet about it. Jason KC5HWB knew about the upcoming prank and posted a similar article.

I didn’t cross-post the Baofeng DA-77 ‘news’ anywhere myself, but sat down and waited. It didn’t take long for the news to appear on forums, Reddit.com, and the radio was even added to the RigReference.com database.

You can delete that one now, guys…. sorry for any inconvenience caused! 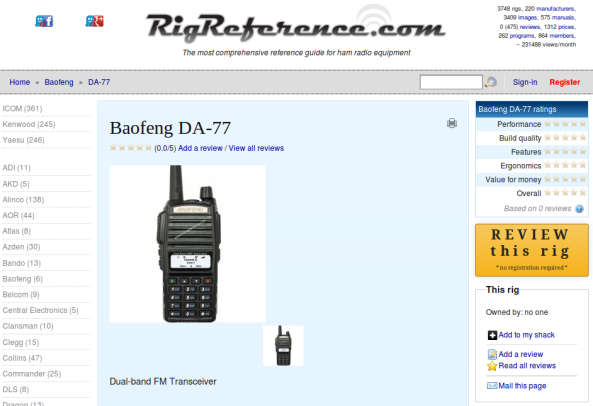 There were many other great April 1 jokes to be found. My favorite: A guide to the construction of an emergency transceiver, posted by Texas Instruments.