Shortly after landing was confirmed, the probe tweeted: “Touchdown! My new address: 67P!” Later, it tweeted again: “I’m on the surface but my harpoons did not fire.” The probe seems to do OK though.

Two (one funny) pictures show how big the comet 67P actually is… much bigger than I thought. 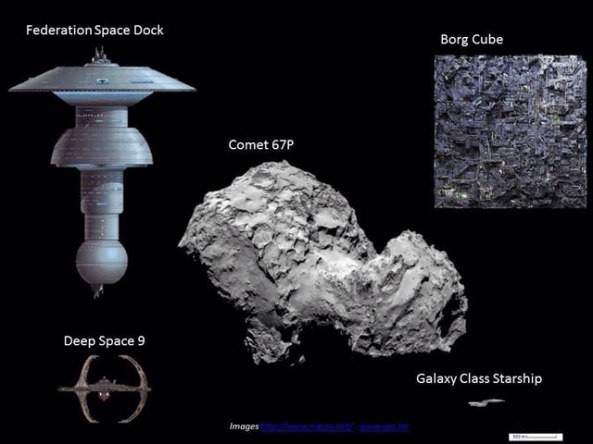